After nearly a year without updates, PlayStation 2 emulator PCSX2 has received two new versions in a week. Version 0.9.6 was updated to perform better in OS X Lion. Then 0.9.7 Alpha was released a few days later. Zedr0n included side-by-side screenshot comparisons to showcase the visual improvements between 0.9.6 and 0.9.7. You can get it, and check out the screenshots, at the PCSX2 for Mac website. As with all alpha software, proceed with caution.

MacScene regular seanstar has released new software for the NES Power Glove—more than 20 years since the ill-fated contraption was mercilessly retired. NESGlovPhone lets you perform music in real-time, on an actual NES, using the Mattel Power Glove to interact with the NES sound chip. It offers a "reasonably intuitive musical interface" and multiple modes of interaction. So it turns out it wasn't an April Fools joke. If you have a working Power Glove, NES, and devcart, get your copy at the Psych Software website.

Apple II emulator Virtual ][ has hit version 7.0. The new update provides full OS X Mountain Lion compatibility, improves accuracy of high-resolution colors, modernises the appearance of the main window, added the Bulgarian character set, and added the option to save a memory dump of the virtual machine to a file. Get it from the Virtual ][ website.

Continue reading for more updates, including new versions of Micro64 (plus a video), SheepShaver, CrossOver Mac, Boxer, Stella, and more.

Hey, guess what? VirtualBox got a maintenance release in the past month. "No!" You exclaim. "It couldn't!" But it did. Version 4.1.18 has a smaller list of fixes and changes than usual, so it must be getting close to the next proper update. Anyway, check out the Changelog here.

CrossOver Mac version 11.2.0 has been released. The biggest new addition is support for OS X 10.8 Mountain Lion (along with compatibility for its Gatekeeper feature). Other changes include a fix for certain graphical glitches, improved font discovery, fixes for a crash bug in Civilization IV and V, and more. See the announcement post for the full Changelog.

Micro64, a Commodore 64 emulator, has been updated to version 1.00.2012.07.06 Build 709. There have been almost-daily minor updates in the past month, so check out the changelog to see what's new. The developers have also put together a cool video demonstration of Micro64's PAL and CRT monitor emulation (see below).

Development for Classic Macintosh emulators Basilisk II and SheepShaver has been moved over to GitHub. This should make it easier for people to contribute.

SheepShaver also has a new test build (July 1, 2012) available. This build includes a gamma fix that allows Ferazel's Wand to finally run correctly. Other improvements include prevention of accidental simultaneous disk image mounting in SheepShaver and OS X, copy and paste support for text in both directions between the guest Mac OS and host OS X in 64-bit mode, and a fix that stops SheepShaver from preventing CD-ROM ejection in the OS X host. You can get it via the E-Maculation forums. (Thanks, WatchSmart!)

While we're on the Classic Mac front, the Mini vMac 3.3.2 alpha is now available. Not much appears to be different on the OS X build. In any case, go get it, and support the developer however you can.

JPCSP, a PlayStation Portable emulator, has new svn builds available. Snapshot 2574 includes improvements in adhoc, fixes to GE, and export of 3D scene to obj format. Head over to the JPCSP website to make sure you're getting the latest build. 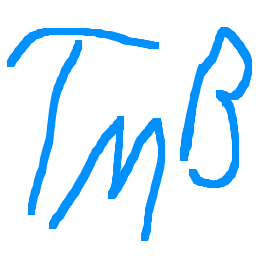 Boxer, a DOSBox-powered MS-DOS emulator, has been updated to version 1.3.1. Improvements include better Command-key handling to avoid inadvertent DOS keyboard input, support for pasting of non-ASCII characters into DOS programs that support them, and stereo Gravis Ultrasound audio emulation. A bug that caused volume to be muted by default was fixed, along with a missing keyboard shortcut for "Hide Others", and more. See the release notes for more information, and get it at the Boxer website.

Stella, an Atari 2600 VCS emulator, has been updated twice since our last roundup. Version 3.7.1 changed the state file format, breaking compatibility with old state files. It also improved TIA emulation, making output more accurate compared to a real TV. See the Stella news page for the full list of changes. The only listed change for 3.7.2 is a bug fix for handling filenames with the '~' character.

NekoLauncher openMSX, a launcher for MSX emulator openMSX (you probably could have guessed that), has been rebuilt for OS X 10.7.x. This fixes an issue with the pop-up menu display. Get it here.

Multi-system emulator Mednafen has been updated to version 0.9.23-WIP. This update fixes a serious problem with Dead or Alive and makes minor improvements to emulation of a number of PlayStation games. It also includes improvements to network play. There's a more detailed list of changes at the Nekocan website (in Japanese).

BizHawk, an NES emulator with tool-assisted speedrun support, has been updated to version 1.0.4. Mac porter Sappharad lists only improvements to the native file open dialogs and deprecated support for OS X 10.5 as changes. It is apparently now also the most accurate NES emulator for any platform, according to this test matrix. See the MacScene forum thread for discussion.

Arcade emulator MAME, along with its Mac port SDLMAME, has been updated to version 0.146u2. It comes with a predictably-long list of changes, which you can read here. As usual, you can get the latest SDLMAME binaries here or grab the source from the official MAME website.

Nintendo Wii and Gamecube emulator Dolphin continues its onward march towards another official release. In the meantime, there are still multiple development builds getting uploaded to the Dolphin downloads page each week. We'll keep you posted for a stable release.

XRoar, a Dragon and Tandy Color Computer (aka CoCo) emulator, has received a minor update. Version 0.28.1 includes fixes to CPU timing and Dragon 32 emulation with 64K, along with a temporary fix for the French keyboard (superscript 2 mapped to Clear). Get it from the XRoar website.