Boxer, a DOSBox-powered DOS emulator, has been updated to version 1.3. The release notes list taking screenshots and fast-forwarding games among the new features, with heaps of bugfixes and improvements to input handling and gameboxes. Get it from the official Boxer website.

Multi-system emulator Mednafen has been updated to version 0.9.22-WIP, while Jazzin's launcher app NekoLauncher Mednafen received an update (0.9.22 Build 21) to fix a crash bug. Mednafen's new version includes improvements to and L3 and R3 button simulation in the PlayStation emulation, improved Sega Genesis/Mega Drive YM2612 emulation, and broken compatibility with 0.9.21-WIP Genesis/Mega Drive save states. See the NekoLauncher site for more details, and download it at the Mednafen forums.

Amiga emulator FS-UAE has been updated to version 1.2.1, fixing a crash that occurred when saving states with mounted directories. See the FS-UAE website to learn more about this games-focused emulator.

Bizhawk, a multi-system emulator with built-in TAS recording capabilities, has been ported to the Mac. It eschews an OS X-native UI in favor of a wrapper that keeps the features from the Windows version. There are no plans for a Mac-native UI in the future, unfortunately. See the MacScene discussion thread for more details, or download Bizhawk via the TASVideos forums.

Nintendo DS emulator DeSmuME version 0.9.8 has finally been released. Chief among changes is a new Cocoa front-end, which seems to improve the responsiveness. This update also provides a "host of compatibility fixes"—loads of graphical and core bugfixes. Get it from the DeSmuME website.

The developers of ResidualVM issued a call-out for playtesters on April 15 for an upcoming 0.1.0 release. ResidualVM is a sister project to ScummVM that currently supports Grim Fandango to a point of completeability. Details for the playtesting can be found here, while you can learn more about the project at the ResidualVM website.

Angelo Salese has stepped down as MAME project lead because of "real life issues and concerns." Miodrag Milanovic is now in charge.

Amiga emulator FS-UAE has hit version 1.0.0. The new release brings performance improvements, new configuration options, improved net play support, improved relative path handling in configuration files, and the ability to change controllers during game play. See the changelog for the full list, or get it from the FS-UAE website.

ARAnyM, a virtual machine for running 32-bit Atari ST/TT/Falcon operating systems, was updated twice in March. Version 0.9.12 offers a new precise FPU emulation core, an important fix to CPU CAS instruction emulation, and more, while 0.9.13 includes a couple of important bug fixes. Get it at the ARAnyM website.

seanstar on Saturday, 17 March 2012. Posted in Retro Game of the Week

$250. Just pause for a minute and let that figure sink in. It's the going price for a particular game, complete-in-box. No, not Chrono Trigger. Not Final Fantasy VI. Not…okay, I have been asked to pay that much for SoldierBlade or ShockMan, props if either was your guess, but for this write-up I'm referring to a different obscure little gem, by the American studio WayForward, released in 2002 for, of all platforms, Gameboy Color. The game? Shantae. And I am tempted to say it was worth every penny. 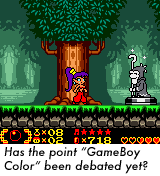 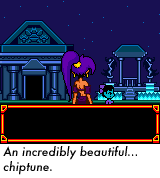 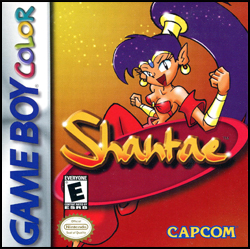 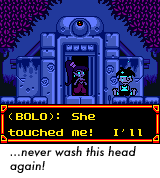 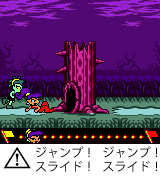 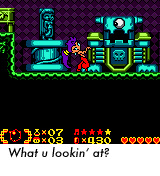 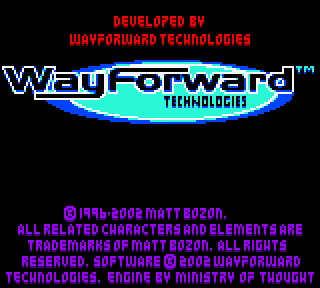 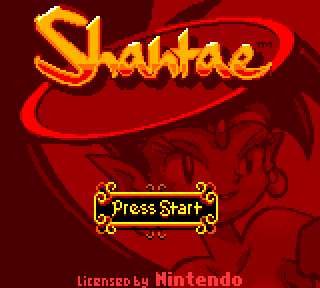 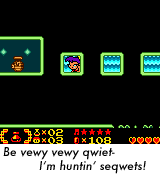 CrossOver Games is no more. Codeweavers has rebranded and merged its two "Windows apps on a Mac" products, CrossOver Pro and CrossOver Games, into CrossOver XI. The new version comes with a huge change log, with key updates including Wine 1.4, an improved registration method, RAR file support, support for several .Net components, and a host of Microsoft Office improvements. You can learn more about CrossOver XI on the Codeweavers website.

FS-UAE, an Amiga emulator focused heavily on games, has received several updates since its initial release on February 4 this year. FS-UAE is built on the WinUAE code base, and can be fully controlled with a gamepad. The most recent update (0.9.10) adds experimental net play support. Check out the official FS-UAE website for more details, and a download link.

Nintendo 64 emulator Mupen64Plus received its first official update in more than 13 months a few days ago. Version 1.99.5 updates the audio plugin, input-SDL plugin, video plugin, RSP plugin, core emulator, and Consule-UI front-end for Mupen64Plus 2.0 API versioning; adds support for the Nintendo 64 real-time clock; allows 8-bit PNG images to be loaded for hi-res textures; and fixes many bugs. The full list is on the Mupen64Plus ReleasePage. You can download the emulator from the project's Google Code downloads page.

Boxer, a DOSBox-based DOS emulator, has been updated to version 1.2.2. This version adds the ability to paste text into the DOS prompt, makes improvements to keyboard input, changes the default games folder location to ~/DOS Games, and fixes several bugs. See here for the full list of changes and a download link.

Retro Game of the Whenever: Final Fantasy III (Famicom)

seanstar on Sunday, 12 February 2012. Posted in Retro Game of the Week

When I was younger, I thought Final Fantasy III was an awesome game that everyone should totally play because it was, like, the the FF Tactics jobs system before there was even a FFV. Now that I'm older and wiser, I think FFIII is a game that every fan of the series should play, in its original form (perhaps modulo fan translation), for historic context if nothing else. Very nearly every feature of Final Fantasy IV appears to have been prototyped in III. 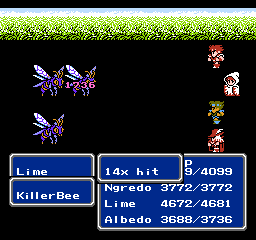 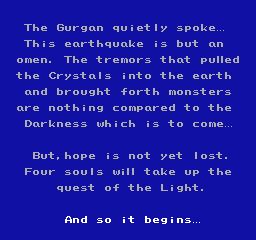 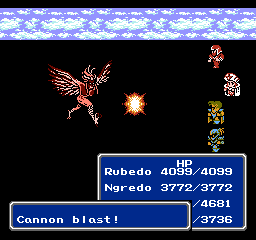 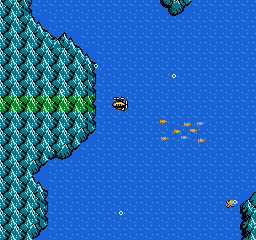 Classic Sierra adventure game Space Quest 2 has been remade by Infamous Adventures with 320x200 resolution, a 16-bit colour palette, and over 4000 lines of recorded dialogue, along with allowances for mouse-only control. Team VSB have also released a feature-length Space Quest sequel called Vohaul Strikes Back. The SQII remake is currently Windows only, although a Mac version should be coming soon. Vohaul Strikes Back is Windows only.

OpenEmulator now supports the 1977 Apple II. The latest update (1.0.2) to the module-based emulator supports early Apple II hardware with cycle-accurate video emulation and joystick/mouse support. OpenEmulator also supports the Apple I. See here for a feature list for the Apple II support, or head over to the OpenEmulator website for more information and a download link.

Atari 2600 VCS emulator Stella has been updated to version 3.5. Stella is now donationware. You can donate many things other than money—there's a list of suggestions provided on the Stella website. Changes include improvements to joystick management code, restructuring of the OpenGL code, and a new default snapshot directory, amongst many others. See the Stella news page for the full list. Hit up the official Stella site for a download link.