Before he co-created the legendary Mac game Dark Castle -- long before he led development on the now-dominant Flash multimedia platform -- Jonathan Gay made a little black-and-white game called Airborne. The Macintosh was still in its infancy at this point, and Airborne was released more-or-less alongside the freeware Banzai!, but this did little to detract from Airborne's appeal.

The concept is simple: destroy the advancing tanks, planes, helicopters, and soldiers with your mortar or anti-aircraft gun before they reach your position. If someone gets close enough to shoot you, you lose -- presumably ending an admirable, or perhaps foolish, last stand against all odds to repel an invasion force. If you manage to defeat them all, a new wave arrives. There is no winning, just a staving off of the inevitable and a hope of setting a new high score. Points are added for destroying enemies -- the bigger the enemy, the more points. But they are taken away -- one at a time -- for firing rounds. You'll need to be economical if you want to maximise your score, which is no mean feat when you consider just how quickly everything happens -- the enemies in Airborne don't kick back and relax for long before piling on you thick and fast.

It's an addictive game, but, in hindsight, is not a particularly good one. The controls aren't as clunky as in Banzai!, which is really just a simpler version of the same game, but it is way harder to aim the mortar than it should be. And difficulty scales up almost immediately, even on "Beginner" difficulty. The much-simpler Banzai! was released as freeware, and advertised Airborne on its menu screen.

It would be remiss of me to not put Airborne in proper historical perspective, though. It was released in 1984 -- the same year as the original Macintosh. That means it's a relic from the days of woefully underpowered hardware and System 1, which, as I've discussed before, was a long way short of even System 6 in its performance or feature set. It is the first Macintosh game to utilise digitised sound (created by Eric Zocher), with intro music and sound effects that include explosions, gun shots, and helicopter rotor blades spinning. There are animations for all the little men running, for explosions, and for each of the vehicles.

For what it was, when it was, Airborne is brilliant, and you owe it to yourself to give it a try -- if only for its role in gaming history. 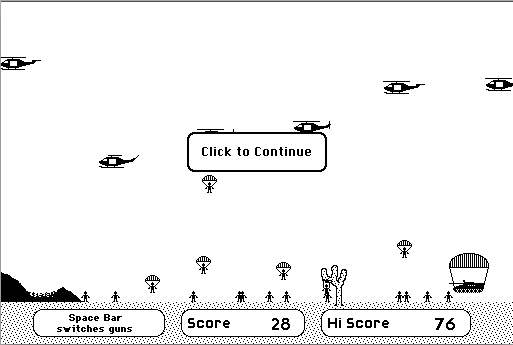 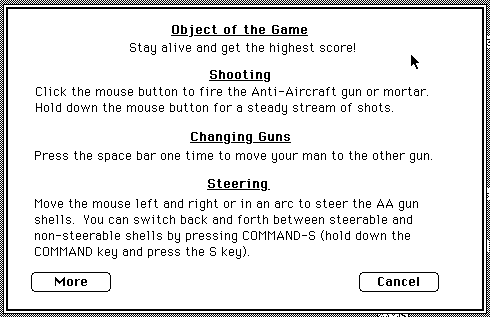 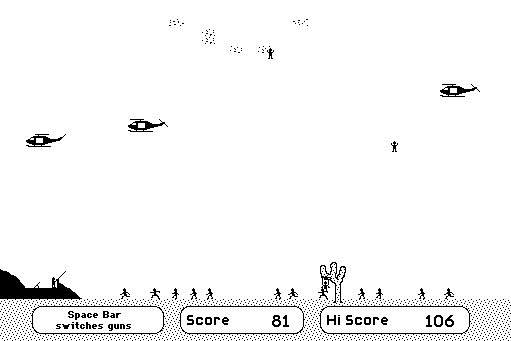 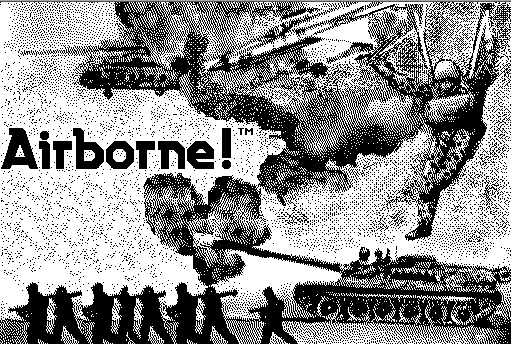 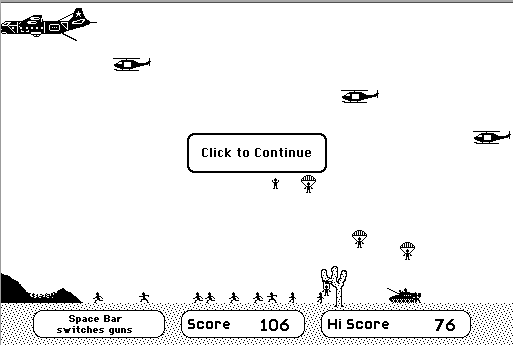 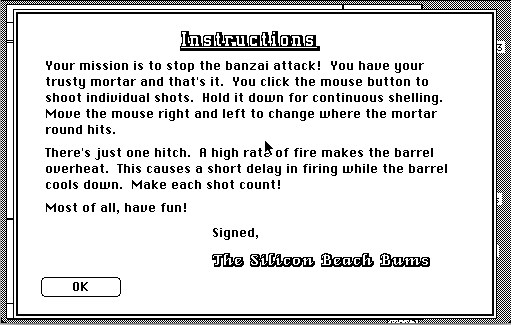 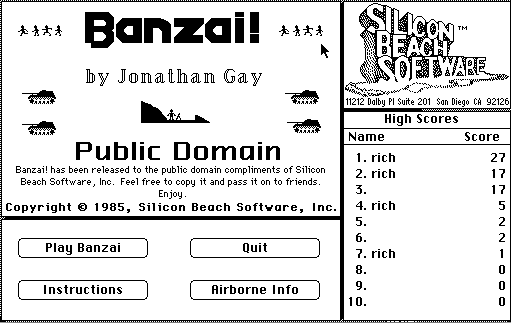 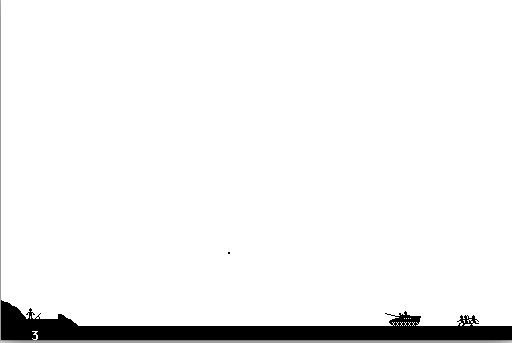