The early versions of Glider offered a choice between dart and glider, as well as adjustable speed and number of lives. With Glider 4 these features were removed, while 16 colour support and a house editor counted among the new additions. Glider PRO retained most of the feature set from Glider 4, adding only 256 colour support, and removing the option to make air currents visible. Its greatest change to the series formula is found in the level, or "house", design. Glider 4 favoured claustrophobic indoor environments, fraught with danger in the tight spaces, exposed live circuits, and leaking ceilings. Glider PRO adjusted the theme and tone to fit more with a carefree summer days vibe, which resulted in a level design that was more open and vibrant.

The way Glider PRO feels is what really makes it special for me. It harks back to a time when the Macintosh was friendlier, more reassuring, and somehow naive. Back then, Macs started up with a smily faced Macintosh and the message "Welcome to Macintosh." The operating system crashed on a semi-regular basis, but at least it told you, presenting a vague error message accompanied by a cute bomb logo and a restart button. This is in stark contrast to Windows, which merely displayed a blank blue screen (not-so-affectionately called the Blue Screen of Death) when it crashed. There was even a "Special" menu in the finder. Using a Mac felt somehow magical; playing Glider PRO feels the same way.

It has a sense of whimsy and wonder helped in no small part by its bright, colourful graphics, and upbeat music. More than these elements, though, the magic comes from playing the game itself. It makes the mundane seem exciting; the ordinary magical. Glider somehow makes it exciting to just explore the rooms in a house.

You can flip switches that turn on lights or fans, or that start up the Macintosh Plus found in some rooms. And sometimes you come across a shredder or a faulty power point/socket, which threatens the well-being of your glider. Enemy paper airplanes and helicopters, fish erratically jumping out of their bowls, basketballs bouncing of their own accord, bread hopping in and out of a toaster, leaking ceilings, and balloons rising out of the floor complete the list of unorthodox obstacles. But you are seldom under any real pressure to escape the clutches of these bad guys. More often than not you can take your time to plot out a strategy or wait for an opening.

This is both supported and hindered by perhaps the most unnecessary inclusion in Glider PRO: power-ups. There are rubber bands that can be flung at enemies or switches, sheets of foil that strengthen your glider, batteries that let you travel faster, and helium canisters that allow you to rise upwards without the help of air currents. But except for a few instances where their place in a level offers some truly inspired design, these power-ups do little to enhance the experience. The traditional focus of Glider's gameplay was on avoiding obstacles with good timing and clever use of air currents. The power-ups can at times enhance gameplay, but in general they take away from the elegance of Glider's simple design.

The Mac OS X version of Glider PRO unfortunately lacks the editor, but you can find a dozen-or-so extra houses (many of which were fan-made) at John Calhoun's homepage. These extra houses highlight the potential of the simple Glider format. They allow you to go on adventures in all kinds of exotic locales, including the Titanic wreckage, an art museum, a supermarket, and outer space. Or they just take you on a wonderful journey through magically imbued houses. I was most impressed by "Leviathan", "Art Museum", "Rainbow's End", "Nemo's Market", and "Grand Prix" for their original design and thematic consistency.

John Calhoun has since moved on to working in Apple's graphics team, but his game development legacy remains. Pararena, Spaceway 2000, and Glypha III are all remembered fondly despite their obscurity, while Glider is still (relatively) popular today. Glider PRO is a superb game, well worth a place on your hard drive, even if just for the occasional five-minute bout of nostalgia. And if it's new to you, give it a shot. You might just like it. 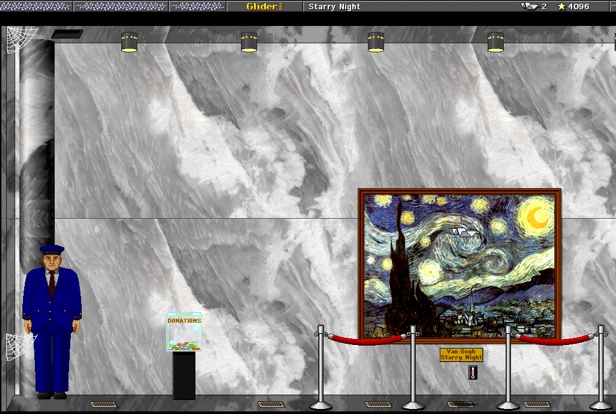 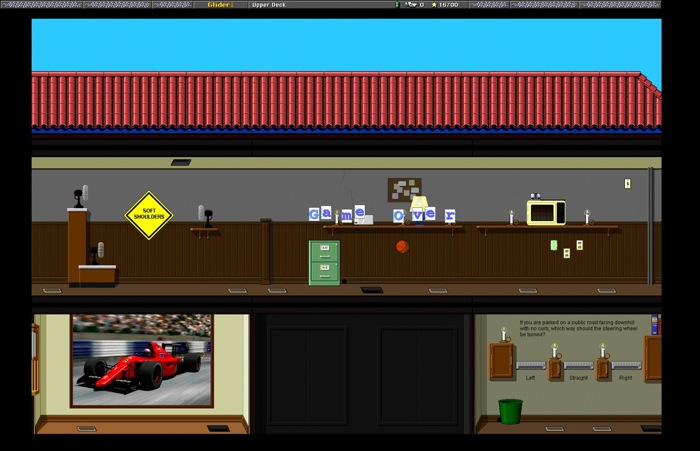 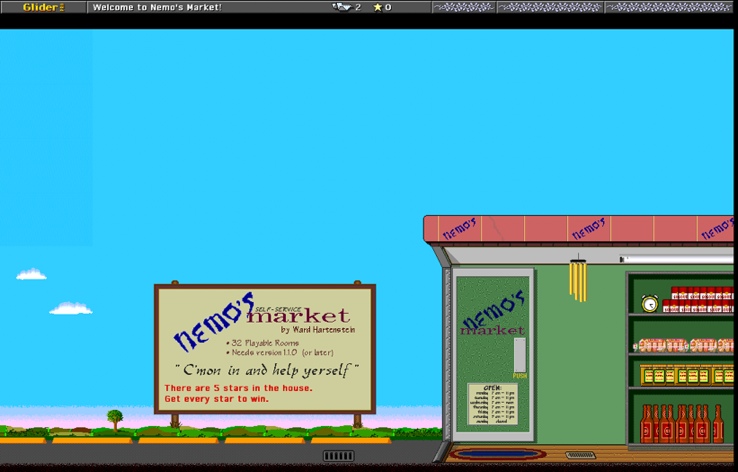 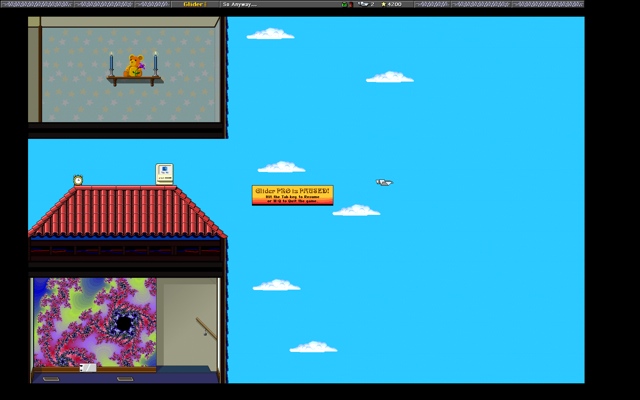 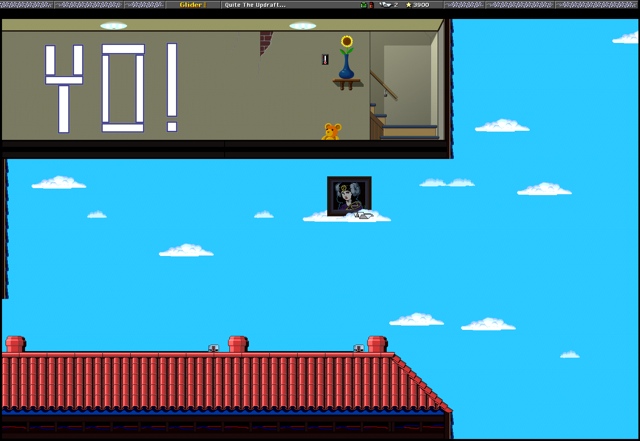 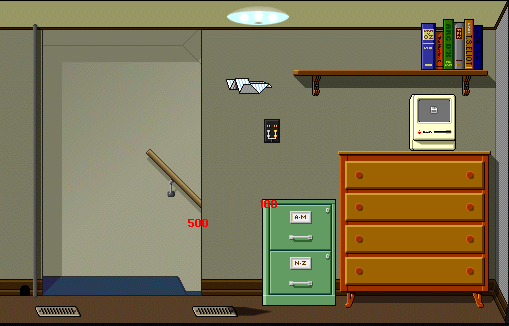