MAME (Multiple Arcade Machine Emulator) currently emulates several thousand arcade games, dating from the late 1970s through the modern era. Despite having been in heavy development for much of its almost-fifteen-year existence, the MAME project is still considered far from complete.

Micro64 aims to be the most accurate Commodore 64 emulator available. It's still in the pre-alpha stages of development, but work is progressing quickly.

Mini vMac brings the 68k Macintosh to life on modern computers. It's targeted at emulating the entire family of Macs built with Motorola 680x0 processors, but currently it supports just a handful and is focused on the Macintosh Plus. It was originally conceived in 2001 as a spin-off project to Philip Cummins's larger vMac project, but has since grown to become vMac's successor.

You'll need to find a Mac Plus ROM image to run it, along with Apple System Software (it can handle System 1 right through to System 7.5.5). 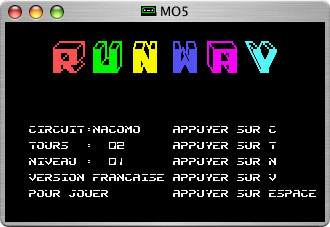 MO5 is based on Marcel O Cinq, the original Thomson MO5 emulator for PC. The original developer used Thomson computers as a child, and was highly motivated to get things working exactly as he remembered them. The Mac port would never have happened were it not for some very persistent French people, who convinced this sceptic that a computer en francais would be interesting to me too. They were right. 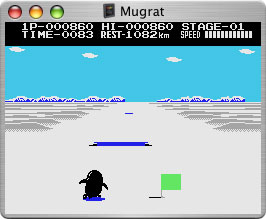 For many years now I have been porting emulators by other others to Mac OS. Mugrat marks my first attempt at writing one of my own, in this case to emulate the Colecovision. The hardware in question is quite possibly the simplest machine to be built around the Z80 processor, which makes it simple to emulate. Maybe I'll try something more complicated for my next project!